Can I Install Black Foam Pipe Insulation on Steam Piping?

Answer: NO!  The cheap black/grey foam pipe insulation you find in the big box stores should absolutely not be used on steam pipes!  This inexpensive pipe insulation that is so regularly available can be used on domestic cold and hot water piping but can cause concerns on pipes over 200°F such as steam piping.  This pipe insulation also poses a concern when insulating piping on water heaters near exhaust flue pipes posing a fire risk if left in the vicinity of the hot flue duct.

Why is Black Foam Pipe Insulation Restricted from Use on 200°F + Pipes?

The Black Foam Pipe Insulation is made of Polyethylene which is plastic.  The blowing agent (what is used to make the insulation cell pockets is Isobutane which is a highly flammable gas.  Isobutane has a flashpoint of only 117°F which makes any remaining gas a fire concern.  If Polyethylene ignites, the plastic melts off the piping and drips as hot flammable liquid which acts as an accelerant to fire.  The gasses/smoke that are omitted when the insulation is burning are also extremely dangerous to breathe in (not unlike most burning plastics).

In situations that are even worse than the risk of fire is the slow burn/melt of the pipe insulation from the inside out.  Steam pipes are not running all the time, so the cycle of hot back to cold will slowly melt away the inner part of the pipe insulation releasing harmful gases as it goes.  These harmful chemicals may linger in unventilated areas such as basements and cause health concerns.

What Type of Insulation Should I Use on Steam Piping and 200°F+ Pipes?

Fiberglass Pipe Insulation is the most common product for insulating low pressure steam piping found in homes and apartments.  Fiberglass Pipe Insulation is approved for use on operating temps as high as 850°F to 1,000°F!  Fiberglass is a non-combustible meaning it will melt but it will never burn.  The jacket of the pipe insulation is paper based so the temperature limit for the jacket is 150°F.  The good news is the paper jacket is on the outside of the insulation which prevents it from touching the hot piping. 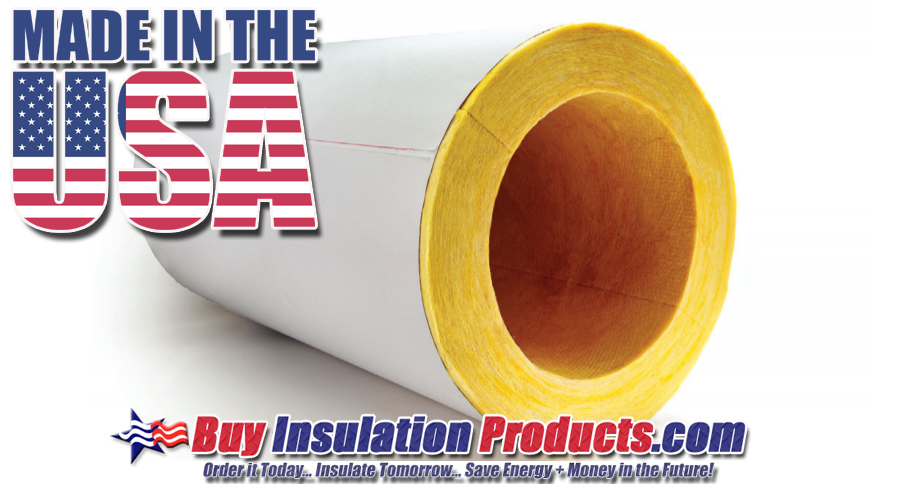